Our China culinary adventure began in the southern region with four dim sum brunches and two dim sum dinners over eight days. When we completed our 30-day odyssey, we had an even 10 dim sums literally under our belts, thanks to my daughter Regan’s avid research. While many meals were memorable in both good ways (Dadong Peking duck in Beijing) and bad (Huangshan pickled everything), here’s how the dim sum lined up.

1. CaterKing, Hong Kong. After a hard 16-hour flight from Newark, this was a perfect welcome dinner just blocks from our Kowloon hotel. Look at what you can get all day long! 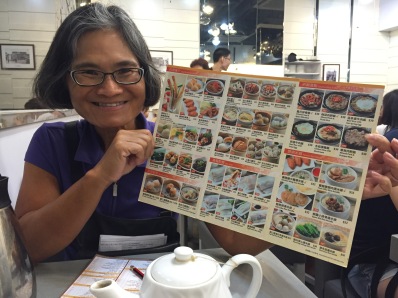 Rating: 2 har gow stars out of five. Open all night, cheap and basic. But we wouldn’t go back.

2. Jade Garden, New Territories, Hong Kong, day two. We took a dim sum break on our roots discovery tour with my Uncle Poo, who attended Hong Kong’s Technical College with my Dad. This was one of the few places we went that pushes carts around, which adds a whole different flavor to the dining experience. 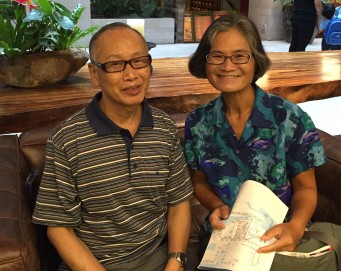 3. Tim Ho Wan, Hong Kong, day three. This chain has gained renown as the cheapest Michelin-starred restaurant in the world. We not only tracked down the out-of-the-way spot in North Point, but were first in line around 9:40 a.m. for its 10 a.m. opening although we had been prepared to wait for hours.

You mark up an order form (they have English versions if you wave the sheet and say “English” repeatedly), wave it again to say you’re done, watch the chefs at work through the open kitchen and suddenly your dumplings start appearing. We had 10 dishes, including their signature baked buns stuffed with barbecue pork, for $245 yuan or about $37 U.S. 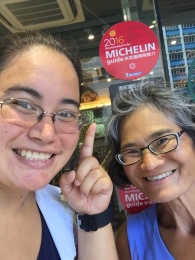 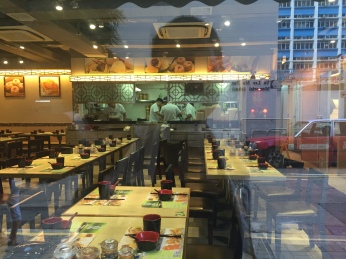 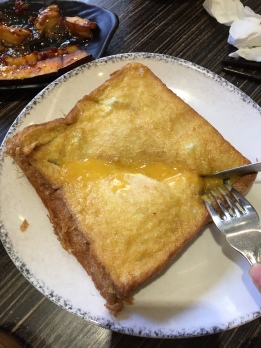 5. Chonglouzhen, Taishan, day 6. Here in the countryside by my mom’s village, we got to know my cousins, who live in the house in which she grew up. We learn the natives typically have dim sum around 5 a.m or earlier and then are off to work. So by the time we arrived at 9 a.m. in this restaurant without an English name, they were out of our favorite har gow. We loaded up on cheurng fun and augmented breakfast with terrific green beans. 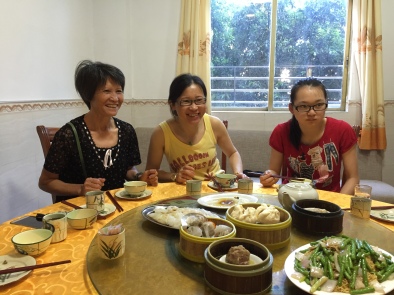 Rating: three har gow stars out of five. This is about as authentic as you can get for Cantonese dim sum!

6. Dian Dou De, Guanghzhou, day 8. We walked across town from the wonderful Marriott for our second dinner dim sum. Like many other restaurants, there are no English markings on the exterior (or interior) – this is tucked in the building labeled the Xi Yue Hui Confinement Center. The waitresses will dig up a semi-English version of the order form once they realize you’re trouble. (Note the two columns mean yes I want and no thanks.) We loved the bustling atmosphere, the tea service, eyeing what the nearby diners were eating, and the delightful presentation of the soup dumplings.

Rating: four har gow stars out of five. Excellent quality for a song.

7. Lixuan at the Ritz-Carlton, Chengdu, day 12. Regan had found this online ahead of time and marked it IN BOLD ALL CAPS FOR ALL YOU CAN EAT DIM SUM! Our waitresses were a little dubious when we said we wanted that option for $288 yuan ($45 U.S.) instead of just ordering ala carte from their extensive menu. They didn’t know how committed we were. In addition to the standards, we had scrumptious deep fried soft-shell crab and sole, baked prawn puffs and steamed egg white with shrimp and crab meat,  foie gras spring rolls and egg custards with hasma (don’t look this up until after you eat it). Twenty-three orders in total valued at $1024 yuan or $157 U.S. 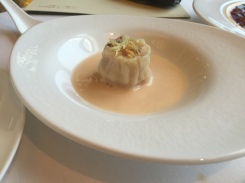 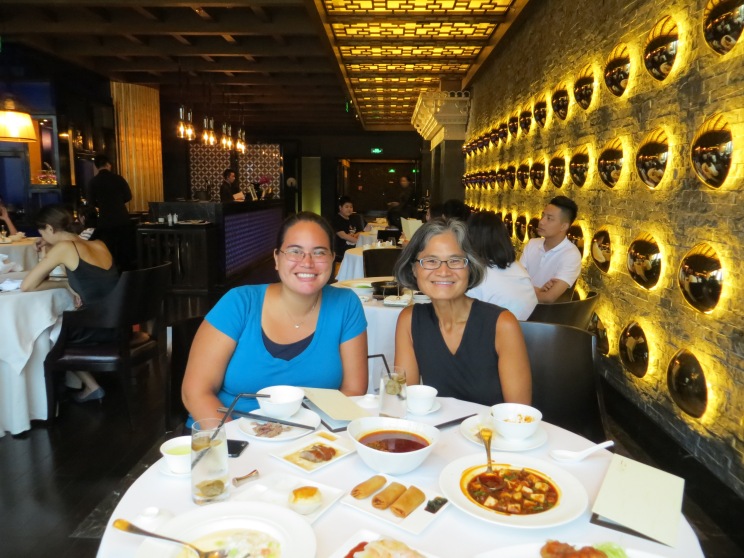 Rating: five har gow stars out of five. I ranked this as the absolute best meal for its gourmet quality, variety and presentation.

8 and 9. Shanghai Disney, day 21. They have dim sum at Disney! So our lunch and dinner plans were pre-set. The Disney dining options were surprisingly weak otherwise, including very large dining spaces with only a handful of food offerings. I was bewildered I could not find any soy sauce as they only had vinegar and Worcester packets.

10. Some restaurant without an English name next to our hotel in Beijing, day 30. Ordering dim sum in Chinese was a fitting way to wrap our epic adventure!

Rating: three har gow stars out of five. Basic, convenient. Bonus points for being opened by 10 a.m. so we had plenty of time to leave at noon for our journey home.